What is Electromagnetic Compatibility (EMC)?

As mentioned above, EMC includes two major test items: EMI and EMS. The key point of EMI verification is the amount of electromagnetic energy radiated by the electrical appliance itself during operation. The greater the energy, the greater the possibility of interfering with other electrical appliances. The energy of electromagnetic radiation should be suppressed at as lower a level as possible, and the limit values of various standards can be drawn in the verified spectrum, which is helpful for judging whether there is a risk of exceeding the limit value during the operation of the electrical device.

The verification items of system integration products in the standard series are EMI Pre-scan (including radiated RE & conducted CE). Therefore, the sharing of actual cases below this article takes RE as an example to illustrate.

The customized case is determined according to the customer’s needs. The projects tested by the example are Radiated RE, Conducted CE, Electrostatic ESD, and Electromagnetic Radiation Resistance RS. Due to the content of the customized case, no example sharing will be made.

In a practical RE verification, electromagnetic radiation is divided into two modes: vertically polarized wave and horizontally polarized wave. The two modes can be verified by rotating the angle of the receiving antenna. After the antenna angle is set, turn on the DUT (Device Under Test) to make it work normally, and then rotate the DUT (Device Under Test) installation table 360 degrees to scan electromagnetic radiation at various angles.

The following case is: In the early stage of the Smart Display 4.3-inch product design, it was found in Pre-Scan that the radiation exceeded the standard EN 55011 as follows: 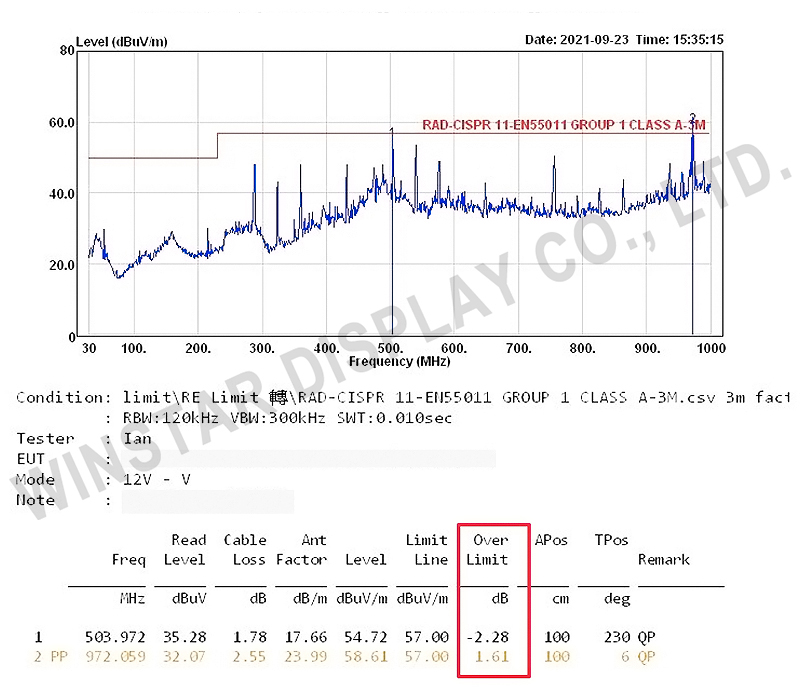 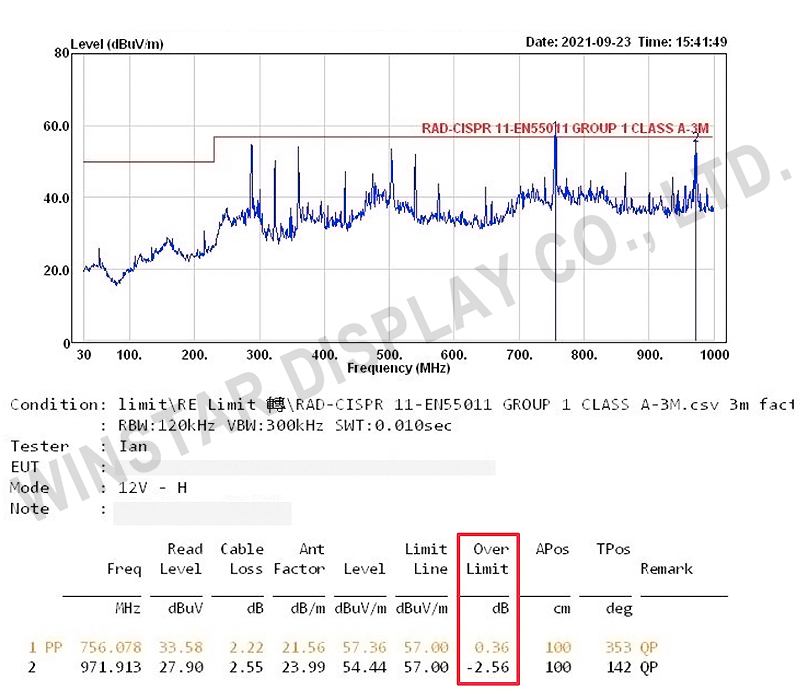 With the interference analysis as above, the solution can be to insert a Ferrite bead in series on the path of the signal to suppress the high frequency harmonics of the signal. To work around the DUT for verification again and we can find a solution to obtain results that pass the EN 55011 standard. The Pre-Scan verification is as follows: 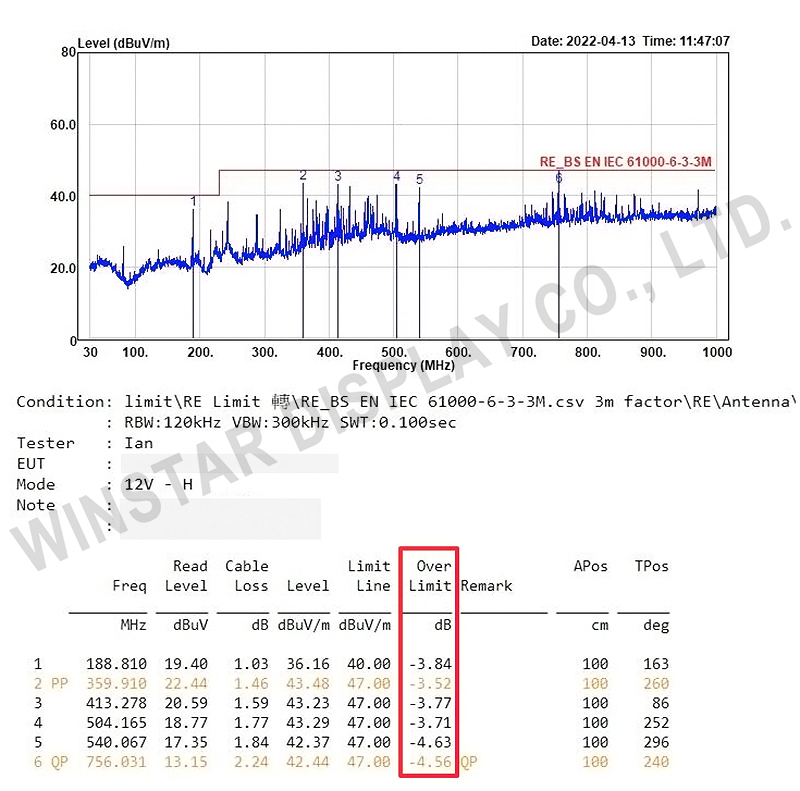 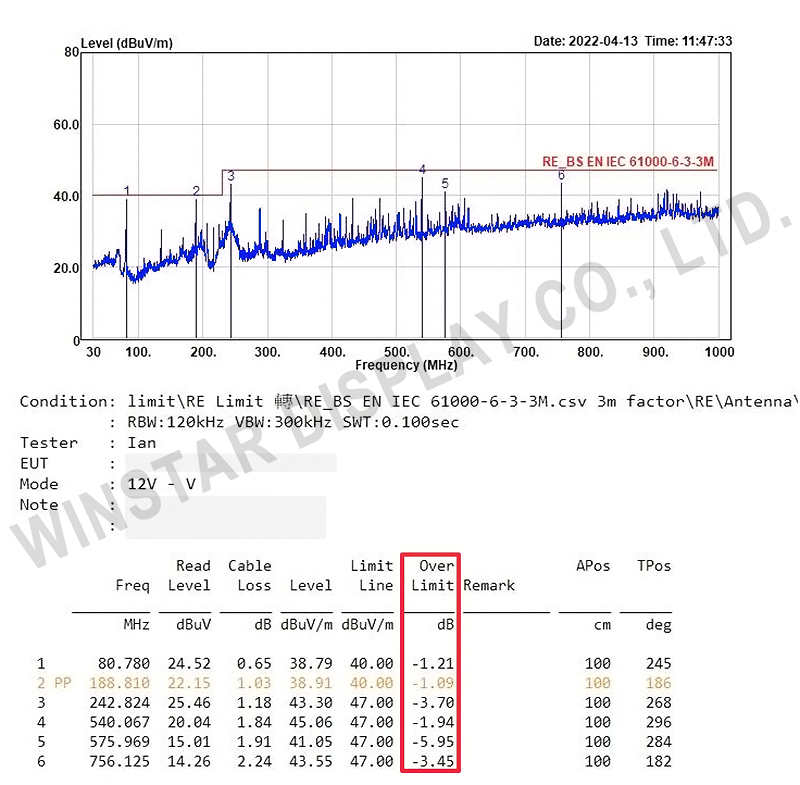 To ensure the quality can meet customers’ requirements. Supplier will conduct the EMI pre-scan after the Smart Display standard model launches and provide the EMI pre-scan report for customer reference so that they can have a better scope of product design with EMC/EMS certification..

Besides, take the above analysis of radiation sustainability, for instance. Supplier can also design & develop products that follow the regulations customer require and meet different market demands of EMC/EMS. Finally, we can make customers’ end products more qualified and secured.

© DesignRepublic.se - All Rights Reserved
Back To Top